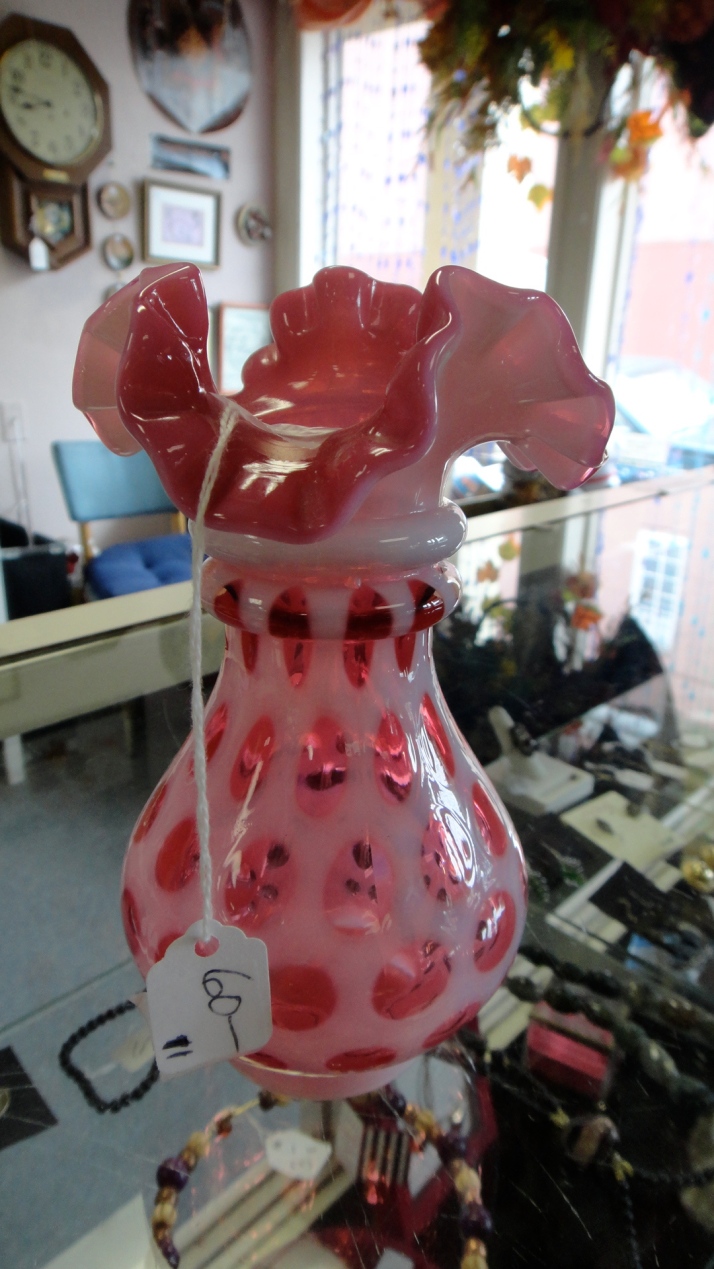 Okay, so maybe this is worth a lot, I really don’t know. But I know one thing for sure, it’s going to sit in our shop a long time! 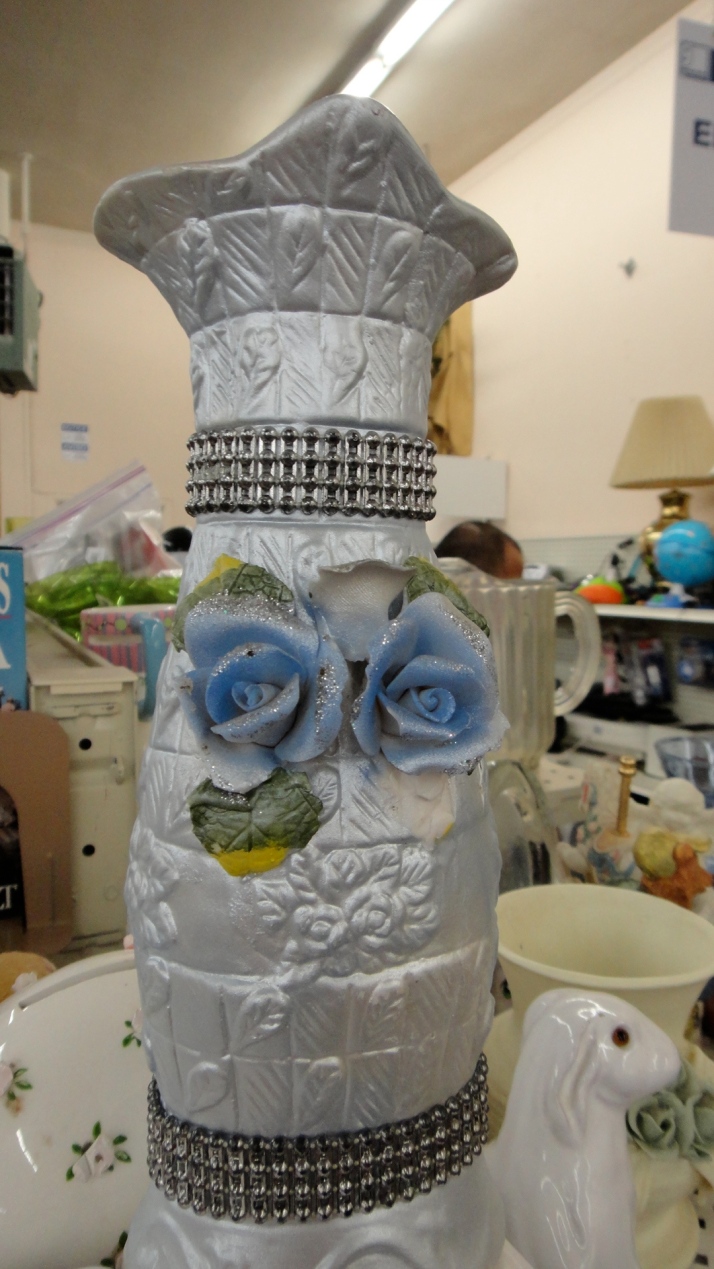 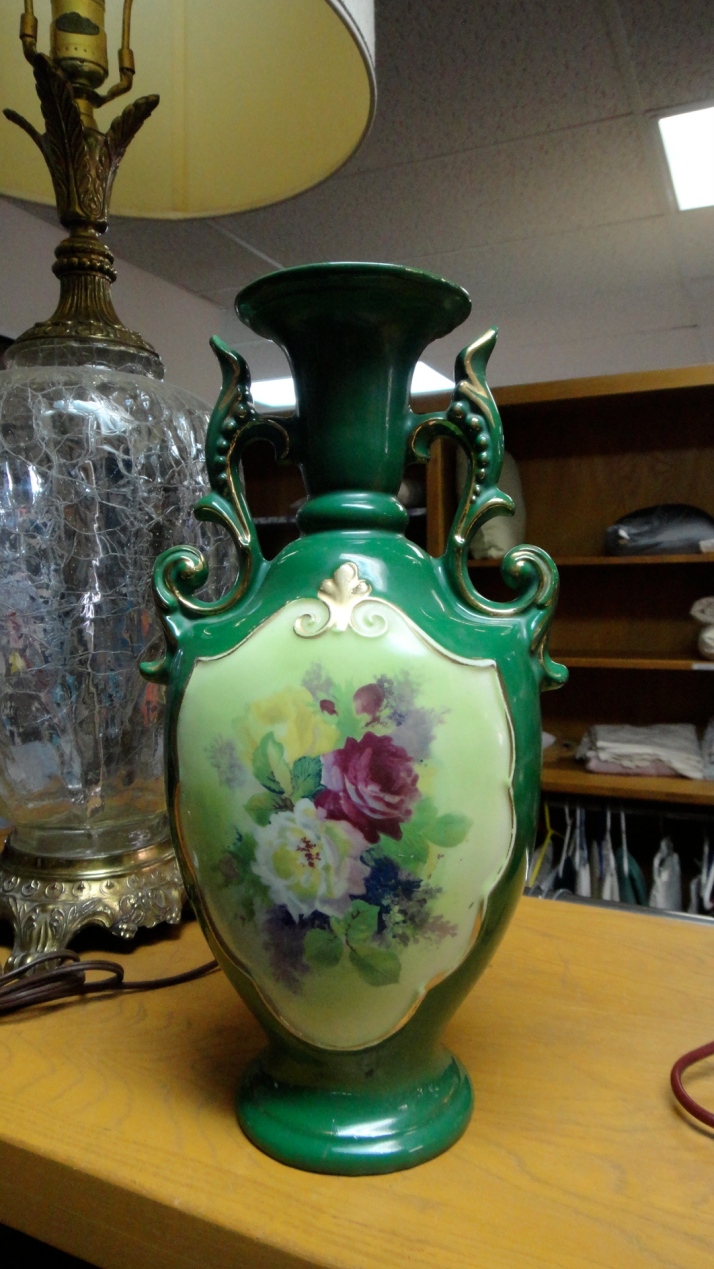 I thought this was a vase but it’s actually a lamp base. And it has flowers on it. And it’s reasonably priced. And I have no room for it. 😦 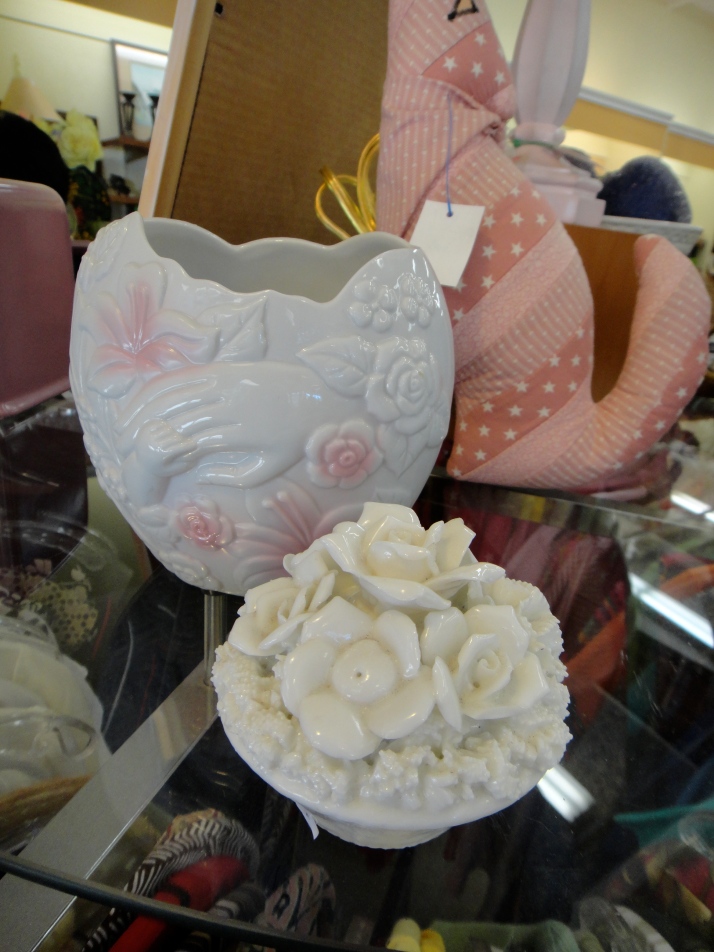 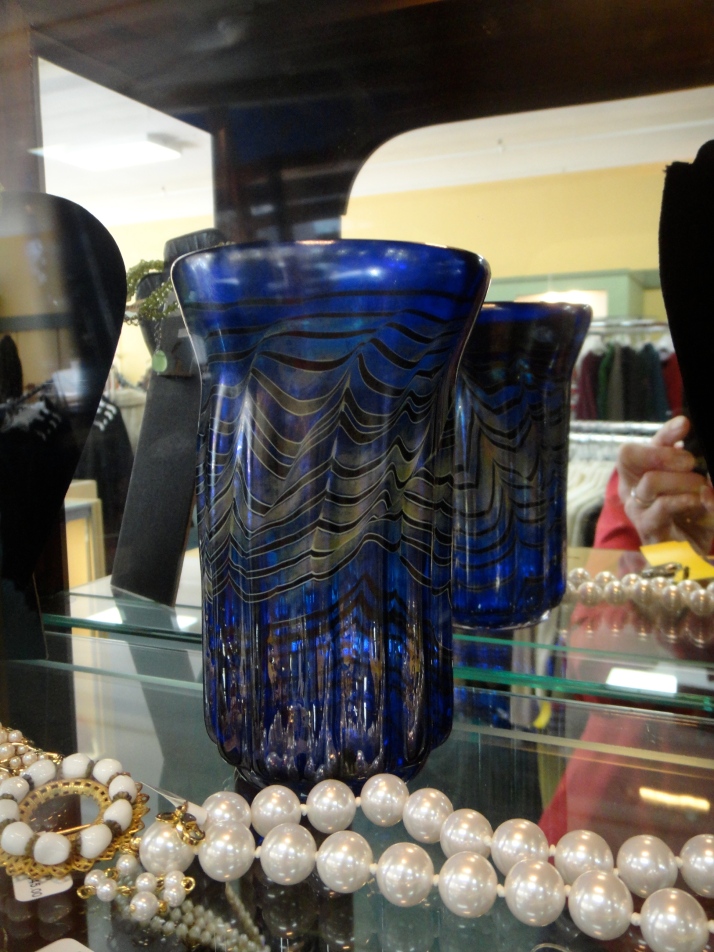 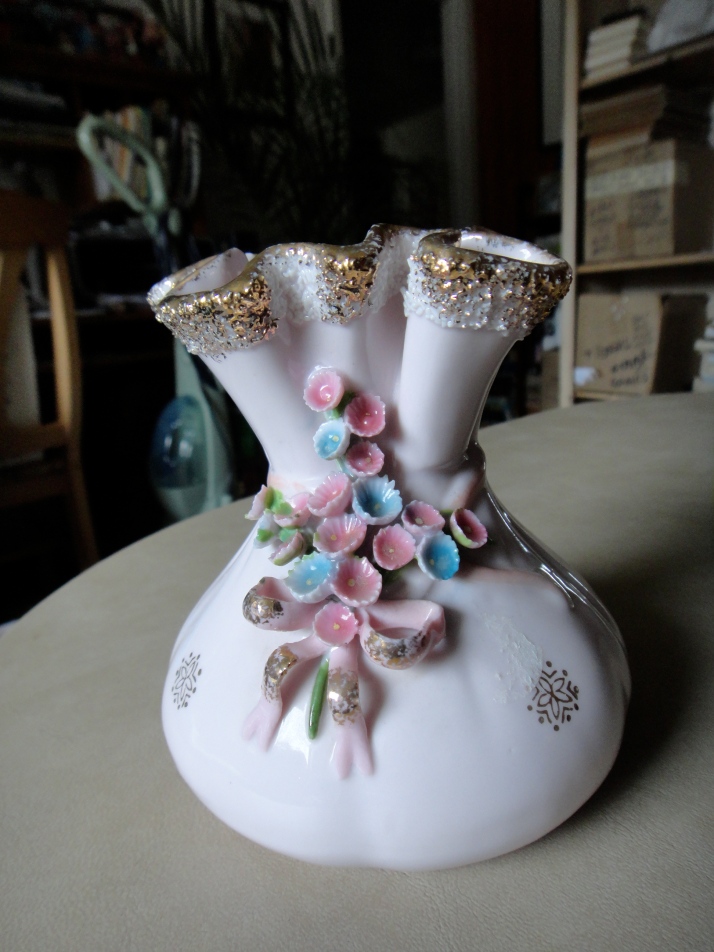 I just think this is so pretty! I’m not sure if it’s vintage or not, I think is says made in Japan on it. (I’m too lazy to get up to check!) 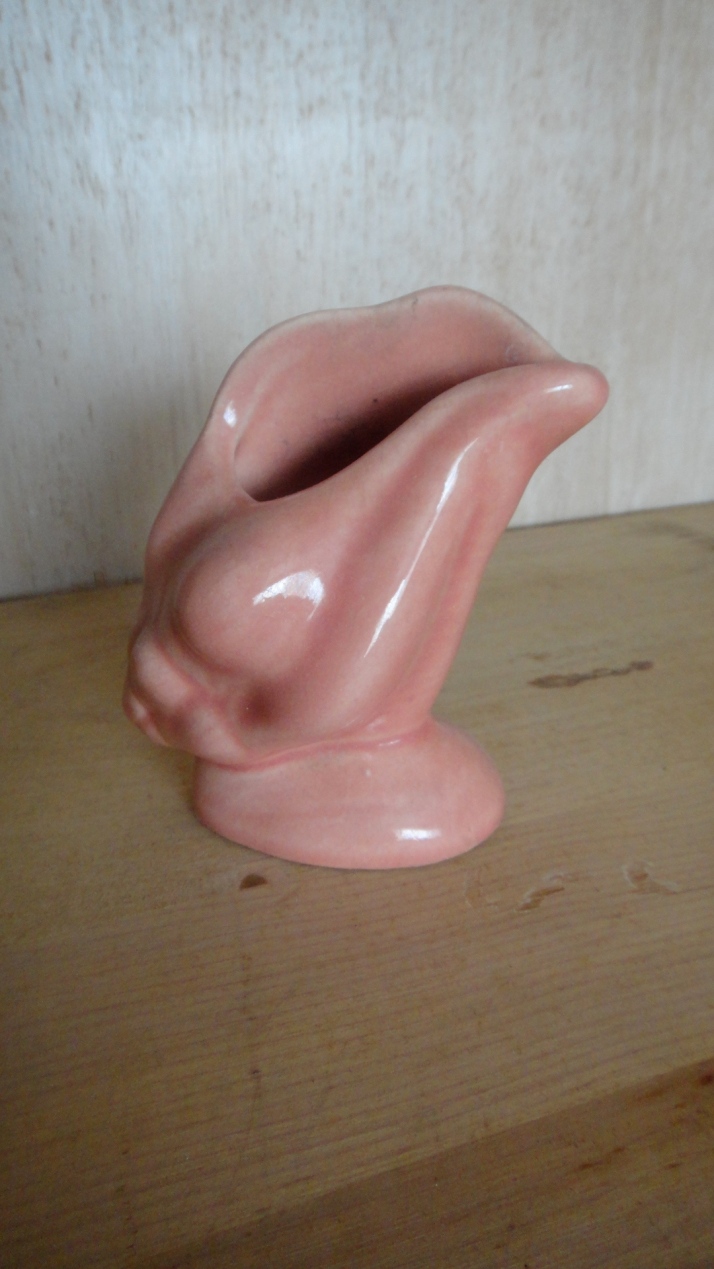 I’ve had this for literally decades. I’ve been garage sale shopping for almost as long as I can remember. And I’ve had some incredible ones myself. In fact I wish now I hadn’t sold a lot of that stuff! When we had more storage space and lived longer in one place, we accumulated tons of stuff. It used to take us a month to move, even across town!

My husband collects all things paper, (you know all the stuff that breaks your back when you have to move) even newspapers and it drives me nuts! He had a collection of TV guides before (?) we got married and I thought he was totally over the edge!!! I convinced him to toss them and I hear about it now that they are worth something.

Anyway, back to my little pink shell vase. Make that my Vintage shell vase. I bought this way before everything was considered “vintage.” Remember when only cars and wines were vintage? Frankly I’m tired of the word but haven’t come up with a better one yet. I do say old sometimes, but it doesn’t quite make it.

All the years I’ve had this I’ve never found a use for it. I assume it’s a vase but maybe not. It would be hard to arrange flowers in it. But now that succulents are “in” I think I’ll put some in it. Not that I care that succulents are in, because I have been growing them probably as long as I’ve been thrift shopping. So does that make some of them vintage too? lol!